Meninanda is ASM's girls skateboarding initiative. Here are some snapshots of our youth: 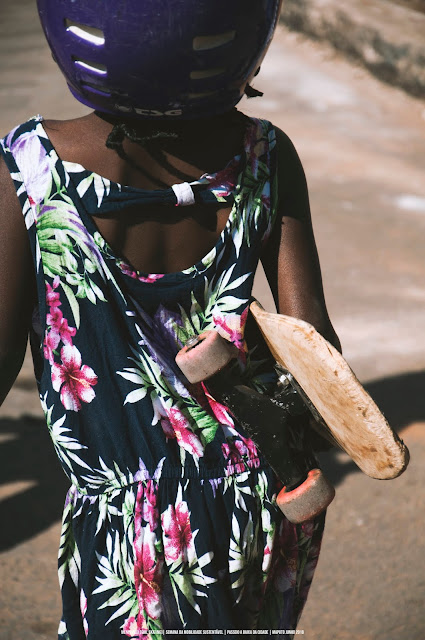 Snapshots of our youth 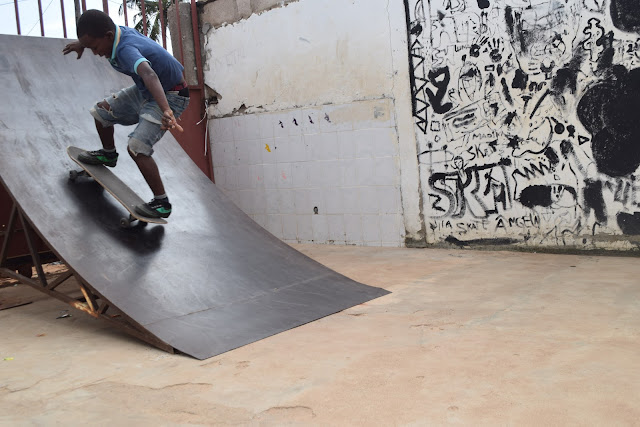 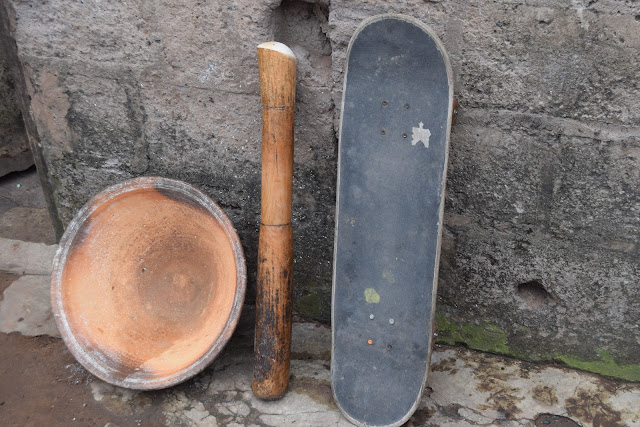 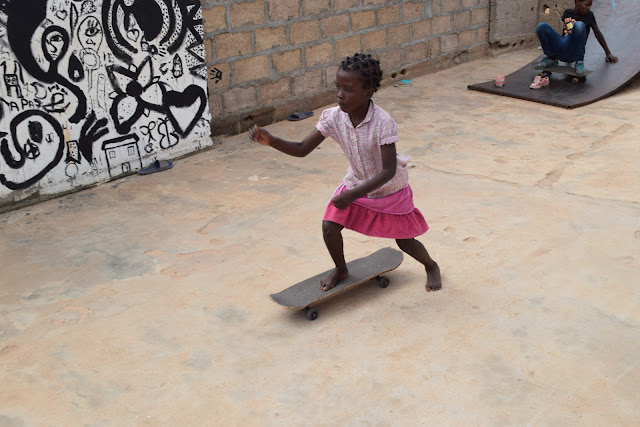 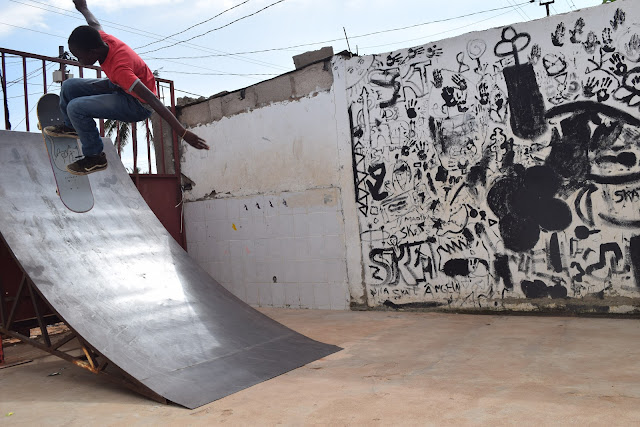 We have some exciting news for you!!!
This past month, we received a visitor from the United States. Her name is Kava Garcia Vasquez and she's a skateboarder from New York City.


In October 2016, she reached out to ASM via Facebook with a question: would you be interested in starting a girls skateboarding program at ASM? In January 2017, she applied for a grant from the Davis Projects for Peace organization in order to realize her dream of encouraging girls in Mozambique to skateboard. When she was awarded the grant, we realized something big was about to change at ASM.

A collaboration between Davis Projects for Peace, ASM, and Skate-aid, Meninanda is Mozambique’s first skateboarding club for girls. Established in July 2017, the project’s goal was to use skateboarding as a tool to promote peace, balance, and self-awareness in the lives of young girls aged 7-17 in the Maxaquene C neighbourhood of Maputo, Mozambique.


Through art workshops, film sessions, and skateboarding lessons, Meninanda contributed to the work that ASM co-founders Isard Pindula and Ruben Vilanculos have spent years doing: creating a space where local youth could skateboard, do their homework, create art, exchange ideas, and seek mentorship.

Meninanda’s girls-focused inaugural month culminated in a collaborative mural project painted by the youth of ASM as well as with a launch party in which members of the Maxaquene community were invited to celebrate twenty-five epic skateboarding individuals who also happened to be their (grand)daughters, nieces, cousins, sisters, peers, and friends. 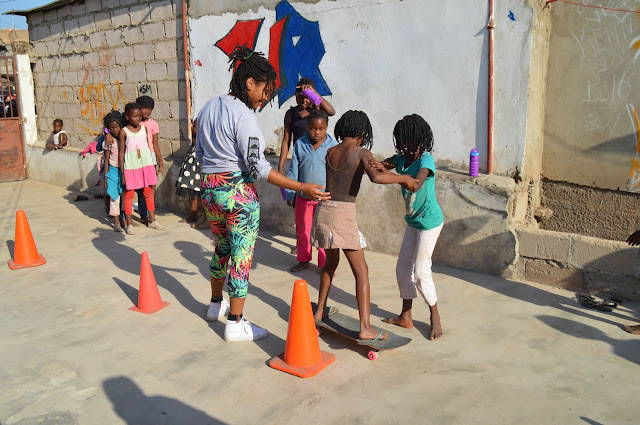 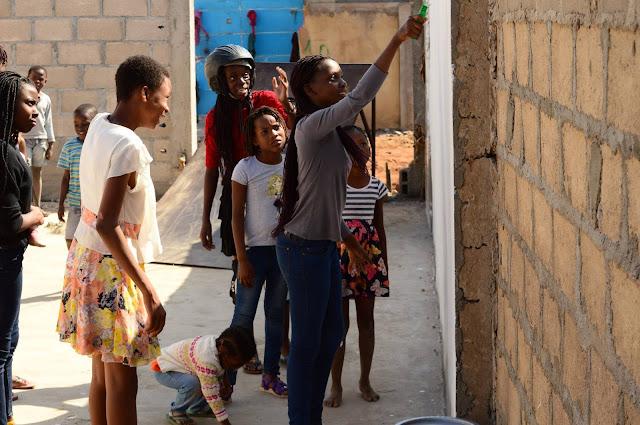 
This project was designed as a collaborative project between Kava Garcia Vasquez and Isard Pindula, founder and president of ASM. Our main objectives were to:


We also established ground rules and guidelines that we would remind the students of before each skate session. During sessions, we organized the park and distributed skateboards evenly between beginners and intermediate/advanced skaters, encouraging older skaters to lead younger ones.

Using skateboarding as a vehicle for female and youth empowerment, Meninanda promotes peace in Maputo by creating spaces where young girls can learn, play, and build community. In a city rife with unemployment, corruption, and sexism, Meninanda provides young girls with an activity that doubles as a fun hobby as well as an educational and community-building tool.

In the short term, Meninanda brought together 25 young girls for regular skateboarding, art, and film sessions. Since the project's founding in 2017, the girls - our beloved meninandas  - have become much more adept and organizing and running their all-girls skate sessions, learning important leadership skills that they will carry with them for the rest of their lives.

In the long term, by promoting skateboarding to Maputo’s young girls, Meninanda will have helped produce an entire generation of female skateboarders in Maputo and in Mozambique. Our hope is that this project continues to grow and contribute to the overall sense of inclusivity, peace, and respect in Maputo’s skateboarding community.

Visit from Architects Without Borders

Yesterday, we had the honour of receiving a visit from Architects Without Borders. A topographic survey of our Maxaquene facility was carried out, and ASF will support us in redesigning our headquarters to expand our capacity as well as upgrade our onside mini-skatepark. Soon, ASF will be connected to Skate-aid and Betonlandschaften, who have a lot of experience in this type of construction project, so that together we will continue to develop this initiative. Well done! A special thanks to Carolin for the recommendation and Silvia for the availability. 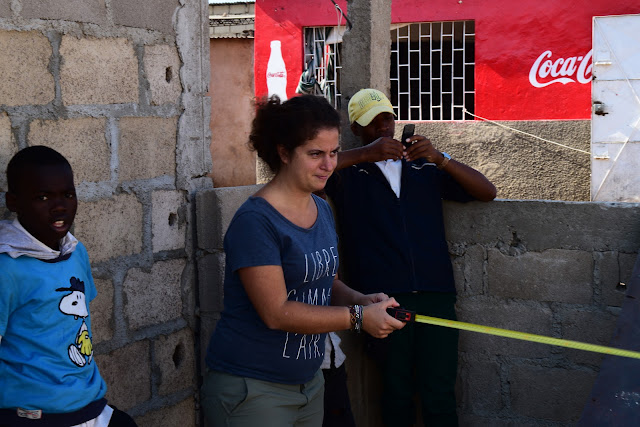 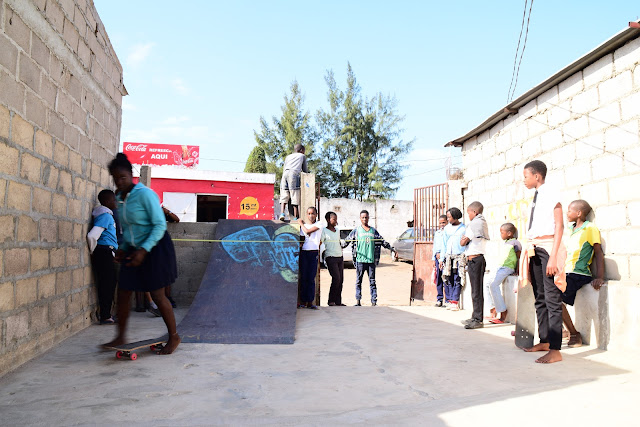 For those of you who may not know, German skateboarding non-profit skate-aid is ASM's primary sponsor.

Skate-aid's Torben Oberhellmann's has been on a tour of all of skate-aid's projects in Africa. Our project in Maputo was his last (but certainly not least) stop.

Skate-aid has been supporting ASM for the past five years. Besides accompanying us to our official approved status of a society, they collected donations for our first ramps. These ramps were built in the center of Maputo on a basketball court and there are desperately in need for renovation. Thanks to a donation of ete-clothing, the reconstruction has started and a new curb could be built too. 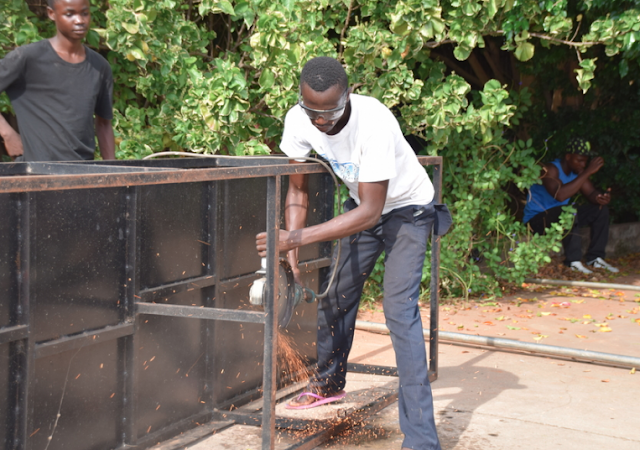 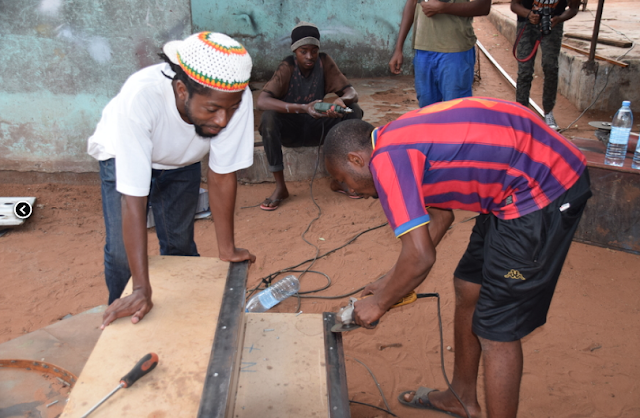 A very special emotional moment was the first personal encounter between the president of the ASM and Torben. Before this encounter, they'd only "known" each other only by phone and emails. For the past few years, Isard has been fighting for a public skate-park but unfortunately unsuccessful. That’s why he decided to provide his private property to build a youth and cultural center in Maxaquene. Isard is investing his own time and resources in order to give the kids of Mozambique to the chance to have a better future. This not only earned the ASM skate-aid's support, also the GIZ – the German Society for International Cooperation, shows great interest in the project. Patricia Bitter, responsible for Sport and Development within the GIZ, is excited about skate-aid and the sustainability of the project.

Finally Torbens journey came to an end – with a lot of lasting impressions and new ideas. skate-aid is growing bigger and bigger and reaches more and more kids in Africa, but the identity remains. It’s very important to skate-aid to bear reference to their projects and always develop them further. That’s the only way to secure the sustainability of their projects, to connect them and to encourage their autonomy.

Thank you for all your support! We deeply appreciate it :) 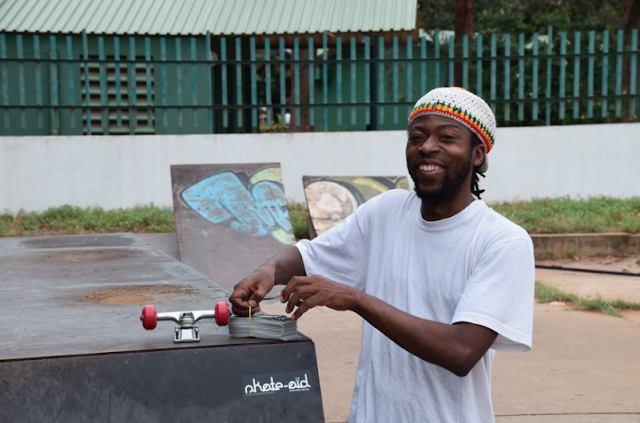 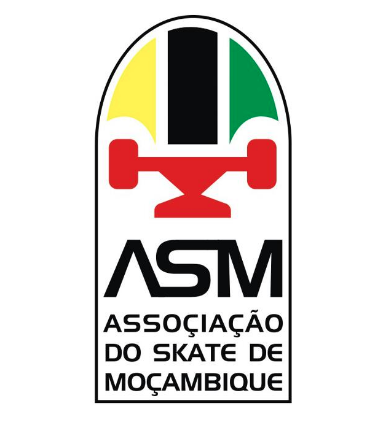 Help Across The Board